Soul and the Juggernaut of Science

OUR modern objective science “is the hallmark of society today, and “it has an unrivaled power base.”

“Its description of reality has molded the modern world,” write Deepak Chopra, MD and Jim Walsh in their July 1, 2013 article in Huffington Post.

And, “its worldview holds sway over universities, governments and the public at large.”

“Everyone who participates in the consensus view of reality has been touched by it. But the role of the observer has puzzled and intrigued physics since the quantum revolution a century ago.,” say the Authors of the article The Consciousness Project – Hopeful Solutions for Epic Problems.

“We feel that this issue offers a crucial opening for expanding the role of science.”

“As a counterpoint to the science juggernaut, there is another view of reality supported by loosely aligned groups in religion, philosophy, and a minority in science,” they write. “Their worldview is consciousness-based. Whatever their differences, supporters of consciousness place mind first in Nature and matter second.”

“Such a worldview has no significant financial backing comparable to mainstream science,” writes Dr. Chopra. “It has been excluded from experimentation in major universities and all but banished from respectability, depending on the rich heritage, East and West, of saints, sages, and seers who fall outside the scientific method.”

Wresting the domain of consciousness from the lords of scientific  reductionism, where it has been abused and minimized for decades, takes imaginative and fearless investigators.

Such would not have been included the proclaimed “Father of Modern Philosophy” René Descartes, who held that non-human animals could be reductively explained as mere automatons.

This is not a concept that sits well with consciousness-based views of reality, nor with animal advocates, environmentalists, including most Theosophists — who recognize that consciousness is inherent in all kingdoms of nature, not just the human. In their view, possessors of sentient consciousness include such unlikely candidates as bacteria, minerals — and atoms!

Decartes held famously to the premise “I think therefore I am”— without ever explaining what a thought is, or explaining the persistence and presence of the ever-elusive nature of consciousness. One wonders if it doesn’t seem far more reasonable to assume in fact that the opposite is true, i.e. —“I AM, therefore I think?”

Adherents biassedly line up on one or the other side of the issue. (Actually, Theosophy would argue both sides are accounted for by the ancient teaching of the mind’s dual nature.)

In fact, the elusive, omnipersistent ‘mind’, is not a production of the brain at all, but an aspect of universal mind.

Over one hundred years ago, unraveling the mystery of the existence of the ‘soul’ was attempted by physical science, employing of course the expected material, reductionist methods — using a mechanical device to weigh it!

Paul Giamatti plays an actor named Paul Giamatti. Stumbling upon an article in The New Yorker about a high-tech company that extracts, deep-freezes and stores people’s souls.

Paul very well might have found the key to happiness for which he’s been searching.

But, complications arise when he is the unfortunate victim of “soul-trafficking.” Giamatti’s hilarious journey takes him all the way to Russia in hopes of retrieving his stolen soul from an ambitious but talentless soap-opera actress.

Proof of the Soul

Before twentieth Century technology the soul’s existence was inferred from such experiences as dreams, found for example in W. Q. Judge’s article “Proofs of the Hidden Self.”

“Dreams show conclusively that although the body and brain are asleep,” Judge writes, “there is still active a recollector and perceiver who watches the introspective experience of dreaming.”

“It must follow that the Hidden Self is the one who has and does all this,” he says.

But science of the West does not rely philosophical arguments, it still prefers the materialistic, reductionist approach. An experiment in 1988, found that the human soul weighs 1/3,000th of an ounce! 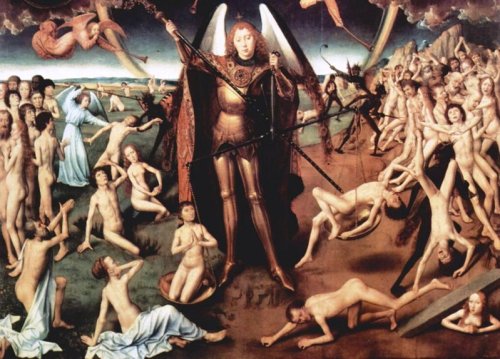 “That’s the astonishing claim of East German researchers who recently weighed more than 200 terminally ill patients just before, and immediately after, their deaths.

“The inescapable conclusion,” Dr. Becker Mertens of Dresdensaid wrote in a letter, printed in the German science journal Horizon, “is that we have now confirmed the existence of the human soul and determined its weight.” (!) 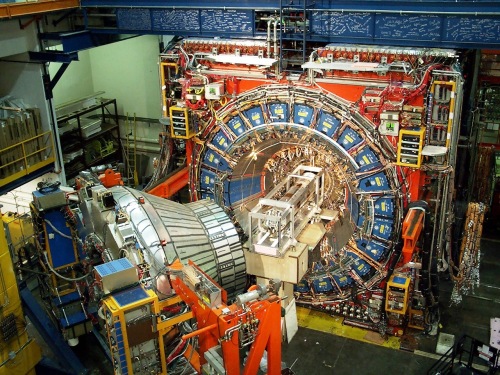 “The challenge before us now is to figure out exactly what the soul is composed of,” he wrote.

“We are inclined to believe that it is a form of energy. But our attempts to identify this energy have been unsuccessful to date.”

This is because, Theosophy would counter, science still does not accept the ‘phlogiston,’ or invisible plasma, a substance aspect of the universal Akasha, postulated in Mahatma Letters by the Adepts.

For more info click the link, or the photo below:

“What is Matter and
What is Force.“ 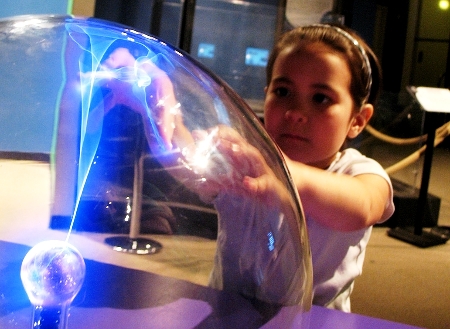 In 1907, Dr. Duncan MacDougall weighed six patients while they were in the process of dying from tuberculosis in an old age home. He determined the soul weighed 21 grams, based on the average loss of mass in the six patients, using an industrial sized scale. (The movie 21 Grams was based on the same findings.)

The Theosophical Mahatmas are clear on their position (Letter 10) that the ills of humanity fall into two main categories. The resultant teaching concerning the origin of evil, which today is tragically obvious:

“Evil is the exaggeration of good, the progeny of human selfishness and greediness…nearly two thirds of the evils that pursue humanity ever since that cause became a power.”

“The real evil proceeds from human intelligence and its origin rests entirely with reasoning man who dissociates himself from Nature. Humanity then alone is the true source of evil,” the Adept writes.

“It is religion under whatever form and in whatsoever nation. It is the sacerdotal caste, the priesthood and the churches. It is in those illusions that man looks upon as sacred, that he has to search out the source of that multitude of evils which is the great curse of humanity and that almost overwhelms mankind.

“Ignorance created Gods and cunning took advantage of the opportunity.”

Mme. Blavatsky writes that the greatest problem of philosophy is “the physical and substantial nature of life, the independent nature of which is denied by modern science because that science is unable to comprehend it.”

Alone, she says, “the reincarnationists and believers in Karma alone dimly perceive that the whole secret of Life is in the unbroken series of its manifestations: whether in, or apart from, the physical body.

‘Life, like a dome of many-coloured glass, stains the white radiance of Eternity’ —

“… yet it is itself part and parcel of that Eternity — for life alone can understand life.” 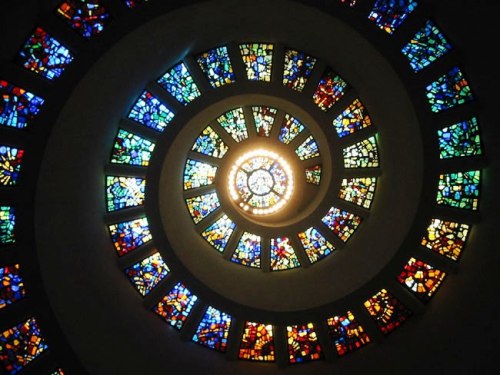 Laboratory scientist Dean Radin explains how “science tends to give rise to a fractured system of disciplines:

“while spirituality connects an individual to the rest of the universe in a meaningful way.”

Dr. Radin suggests that “systems science may be the best example we currently have of how science can begin to embrace something as vaguely defined as connectivity and still remain science.”

Proving that a complex organic system must be greater than the sum of its parts —and that a true account of any being is not possible by a description of its individual parts alone.

The ambitious agenda of combative occultist H. P. Blavatsky, in her Secret Doctrine, was to show. “that Nature…

“…is not ‘a fortuitous concurrence of atoms’— and to assign to man his rightful place in the scheme of the Universe.” 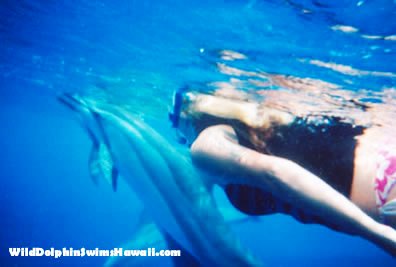 Blavatsky challenged the standard scientific models of her day radically declaring the ancients taught the atom is  infinitely divisible, and stating further that

Such a spiritual model, she wrote, “precludes the possibility of conceiving matter as an objective substance.” 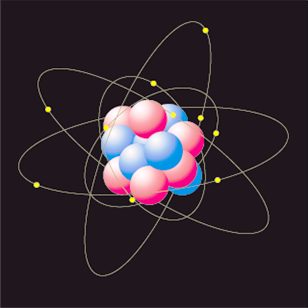 Then, heaping puzzlement on criticism she added the atom belongs wholly to the domain of metaphysics:

“It is an entified abstraction—at any rate for physical Science—and has nought to do with physics, strictly speaking.”

The Shape of the Soul

In 1611 Johannes Kepler published a short treatise “On the Six-Cornered Snowflake,” which was the first scientific reference to snow crystals.

After much pondering why snow crystals always exhibit a six-fold symmetry, Kelpler declared “to imagine an individual soul for each and any starlet of snow is utterly absurd…

“…and therefore the shapes of snowflakes are by no means to be deduced from the operation of soul in the same way as with plants.“

We’ve had four centuries to prove otherwise. Have we succeeded? Dismissing Kepler’s material reductionism, H. P. Blavatsky countered with the occult teaching that “everything in the Universe, throughout all its kingdoms, is conscious: i.e., endowed with a consciousness of its own kind and on its own plane of perception.”

“We men must remember,” she wrote, “that because we do not perceive any signs — which we can recognise — of consciousness, say, in stones,

“…we have no right to say that no consciousness exists there.”

Taking it to another level she continues: “There is no such thing as either ‘dead’ or ‘blind’ matter,” as there is no ‘Blind’ or ‘Unconscious’ Law. These find no place among the conceptions of Occult philosophy.” 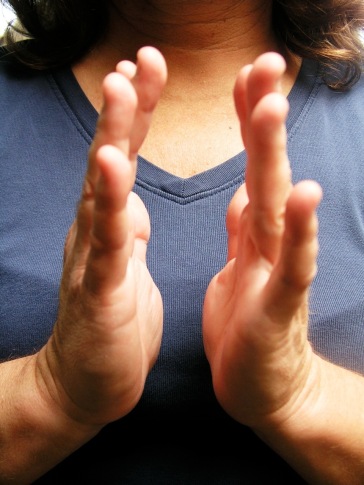 Life energy is not something you can see, or touch, or even prove that it exists. However, you will be able to feel it with practice.

This is a video of Cleve Baxter, a polygraph scientist who did the controversial experiment with plants and animal cells. In the 60s, he decided on impulse to attach his polygraph electrodes to the now-famous dracaena in his office, then water the plant and see if the leaves responded (p. 4). Finding that the plant indeed reacted to this event, he decided to see what would happen if he threatened it, and formed in his mind the idea of lighting a match to the leaf where the electrodes were attached.

And that was when something happened that forever changed Baxter’s life and ours. For the plant didn’t wait for him to light the match. It reacted to his thoughts!

Through further research, Baxter found that it was his intent, and not merely the thought itself, that brought about this reaction.

6 responses to “Soul and the Juggernaut of Science”