Synesthesia – a Different Way of Knowing 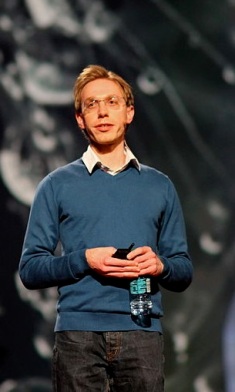 THIS is the breathtaking story of Daniel Tammet. A thirty-something with extraordinary mental abilities,

Tammet is one of fewer than a hundred “prodigious savants” according to Dr. Darold Treffert, the world’s leading researcher in the study of savant syndrome. (Wikipedia)

He can do calculations to 100 decimal places in his head, and learn a language in a week. Tammet holds the European record for reciting pi from memory to 22,514 digits in five hours and nine minutes on 14 March 2004.

Tammet has reportedly learned ten languages, including Romanian, Gaelic, Welsh, and Icelandic that he learned in a week for a TV documentary.

This the complete original 47 min. documentary which also follows Daniel as he travels to America to meet the scientists who are convinced he may hold the key to unlocking similar abilities in others.