Across Time and Death: A Woman Reunites with Her Children from a Previous Lifetime

IT is not the fact that we have failed to remember our past life and lives that ought to surprise us, but the contrary, were it to happen.

Yet the Spiritual “I” in man is omniscient, Theosophy insists, and has every knowledge innate in it.

By contrast, the personal “I” is the transient creature of its environment and the slave of brain memory.

“Could the Spiritual I manifest itself uninterruptedly, and without impediment,” H. P. Blavatsky declared, “there would be no longer ordinary humans on earth, but we should all be gods.”

Revealing the first principle of an occult spiritual technique, Mme. Blavatsky wrote (The Key to Theosophy, Section 8): “to get convinced of the fact of re-incarnation and past lives, one must put oneself in rapport with one’s real permanent Ego, not one’s evanescent [brain] memory.”

“The record or reflection of all past lives must survive,” she assures her readers, “for when Prince Siddhartha became Buddha the full sequence of His previous births were seen by Him — and anyone who attains to that spiritual state can retrospectively trace the line of their lives.”

This is because “the undying qualities of the personality — such as love, goodness, charity, etc. — attach themselves to the Immortal Ego. 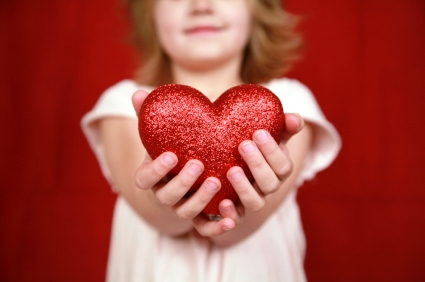 “They imprint on it, so to speak,
a permanent image of the divine qualities
of the human who was.”

Therefore, she says plainly: “something of each personality must survive, (unless the latter was an absolute materialist with not even a chink in his nature for a spiritual ray to pass through.) It leaves its eternal impress on the incarnating permanent Self or Spiritual Ego — and that real ‘Ego’ has lived them, and thus knows them all.”

As Mme. Blavatsky’s colleague William Q. Judge wrote in the article Theosophical Study and Work: “There is a mysterious power in these doctrines of karma and reincarnation … It is due to the fact that the ego is itself the experiencer of rebirth and karma, and has within a clear recollection of both.”

On fostering a greater spiritual development, Judge, in The Ocean of Theosophy, Chapter 8 titled “Of Reincarnation” wrote simply:

“For as long as she could remember, Jenny Cockell had felt she had lived a former life as Mary Sutton,” an Amazon reviewer wrote. “Finally, Jenny acted on her intense need to find her lost family. After years of painstaking searching, she finally reunited with family members from her previous lifetime. This is her startling, true story.”

“Jenny Cockell had past-life memories as early as age 3. Although she grew up and lives in England, Jenny recalled her life as Mary Sutton, an Irishwoman who died 21 years before Jenny was born. Because Mary left 8 young children behind when she passed, her emotional concern about the children transferred to Jenny. As an adult, using maps she drew as a child from her past-life memories, Jenny Cockell traced her memories to the exact location where she lived in her past life, Malahide, Ireland.”

“Thereafter, due to her diligent research,” writes Bob Olson, Afterlife TV, “Jenny also located Mary’s children and personally reunited with 5 of them. This is an episode like no other I’ve done before. And I believe it’s one you’ll be telling your friends and family about for years. Enjoy!

“Note:  So as not to confuse, I mention at the beginning of this interview that my wife, Melissa, told me so much about Jenny’s book that I did not read it. I meant to add that this happened years ago and I did, in fact, read the book before this interview and loved it.” ~ Bob

JENNY COCKELL’S BOOK: Across Time And Death: A Mother’s Search For Her Past Life Children (Amazon affiliate): http://www.amazon.com/exec/obidos/ASI….

Book Description: “For as long as she could remember, Jenny Cockell had known that she had lived before as Mary Sutton, a young Irishwoman who had died 21 years before Jenny was born. Her constant dream-memory was of Mary dying, alone and desperately worried about what would happen to the 8 young children she was leaving behind.”

“When at last Jenny’s own children were born, she finally acknowledged that she needed to find out what had happened to her lost family from her previous lifetime. Across Time And Death is the compelling story of a mother’s love that reached from one life to another to reunite with her children.”

Second Book Description: “Past Lives, Future Lives tells the continuing story of the psychic experiences that spurred Jenny Cockell to investigate not only other past lives but the future — as far ahead as the twenty-third century. Her amazingly detailed glimpses of the future are more than merely personal images; they allow her to formulate an overall view of what the future holds for us all — including a planet much lower in population, but also safer and more pleasant than the world of today. In her honest, warm, and plain-speaking voice, Jenny Cockell writes of the past and the future in a way that is both practical and visionary; she offers inspiration and hope for the world to come.”

JENNY COCKELL’S BIOGRAPHY: “Jenny Cockell, a member of Mensa (the high IQ society), is the author of the bestselling book on past-life memory titled, Across Time And Death: A Mother’s Search For Her Past Life Children. She is also a chiropodist in Northamptonshire, England. She has two children, a son and daughter, and is married to her husband, Steve, a garden designer.”

FACEBOOK PAGE: “Jenny Cockell can only be contacted through her Facebook page, which she said she created in order to communicate with fans (so feel free to Friend her and let her know how much you enjoyed this interview)”: https://www.facebook.com/jenny.cockell

“Our birth is but a sleep and a forgetting,
The soul that rises with us, our life’s star,
Hath elsewhere had its setting,
And cometh from afar.”

8 responses to “Across Time and Death: A Woman Reunites with Her Children from a Previous Lifetime”