The Secret of Spiritual Power

COMPASSION has been compared to the innocent act of helping someone you don’t know.

It cannot be compelled but without it, like Mother’s love, life could not go on.

It is a great power which is beyond human creation. Nor is it a dogma invented by religion, or merely an attribute of thinking or emotion.

It is rather a Universal Law, declares the ancient scripture Book of the Golden Precepts, and is above and beyond man made dogmas.

The phrase used to describe Universal Compassion found in this ancient scripture is “the Law of Laws,” and is the primary and most compellingly spiritual of its Precepts.

When exercised purely and impersonally this power lies beyond the partisan beliefs of either atheist or religionist, and always exhibits itself, as “The light of everlasting Right, and fitness of all things—the law of love eternal.”

“Never will I seek nor receive private, individual salvation; never will I enter into final peace alone; but forever and everywhere will I live and strive for the redemption of every creature throughout the world.”

This universal power is also described as a “shoreless universal essence.” This term also refers to a spiritual substance called in Sanskrit the Ākāśa: “The subtle, supersensuous spiritual essence which pervades all space.”

Such is the understanding of modern students who study The Voice of the Silence, the ancient Golden Precepts as translated and arranged by H. P. Blavatsky.

Our higher mind or Higher Ego, says Blavatsky in her article Psychic and Noetic Action: “is part of the essence of the UNIVERSAL MIND, is unconditionally omniscient on its own plane, and only potentially so in our terrestrial sphere, as it has to act solely through its alter ego – the Personal Self.”

As such, divine consciousness has “to be regarded as activity of our mind on another and a higher plane, working through something less substantial than the moving molecules of the brain. It cannot be explained as the simple resultant of the cerebral physiological process [which] only condition them or give them a final form for purposes of concrete manifestation.”

“No physiologist, not even the cleverest, will ever be able to solve the mystery of the human mind, in its highest spiritual manifestation.”

Nor will they be able to understand the duality “of the psychic and the noetic,” says Blavatsky, “or even comprehend the intricacies of the psychic on the purely material plane…

…unless they know something of, and are prepared to admit, the presence of this dual element.”

This means, she asserts, that psychologists will have to accept “a lower (animal), and a higher (or divine) mind in man, or what is known in Occultism as the ‘personal’ and the ‘impersonal’ Egos.”

“There is no such thing as ‘righteous anger'”, wrote William Q. Judge in (Culture of Concentration Part 1). “Whether your ‘rights’ have been unjustly and flagrantly invaded or not does not matter.  Anger must be strictly avoided, and it cannot be avoided unless charity and love – absolute toleration – are cultivated.”

“The personal element is one that ever has a tendency to delude us as it hides behind various walls and clothes itself in the faults, real or imaginary, of others.” (Letters That Have Helped Me, W. Q. Judge)

To Think, or Not

“Self-consciousness, which from the animal plane looking upward is the beginning of perfection, from the divine plane looking downward is the perfection of selfishness and the curse of separateness. It is the ‘world of illusion’ that man has created for himself. 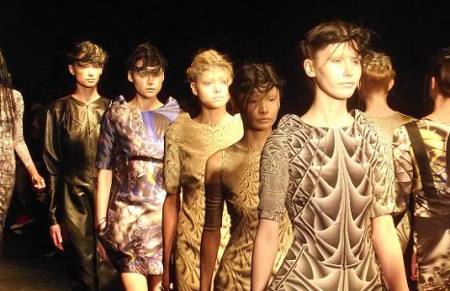 “The faculty of every Ego which considers itself a Unit, separate from and independent of the One Infinite and Eternal Sat or ‘be-ness,’ is an illusion. The ‘eternal pilgrim’ must therefore mount higher, and flee from the plane of self-consciousness it has struggled so hard to reach.” – William Q. Judge, (Synthesis of Occult Science I)

The right hemisphere of the brain is the organ to express compassion and feelings. It is “big picture” oriented and where imagination rules, symbols and images, present and future, philosophy and religion—can “get it” (i.e. meaning).

Beliefs, appreciation, spatial perception, knowing an objects function, also find activity in the right side of the brain.

Based in fantasy, the right hemisphere also reflects possibilities, and is active during impetuous, risk taking.

The left hemisphere activates with the use of logic, is detail oriented and facts, words and language, present and past, math and science rule. It is activated when reasoned knowing is present.

It allows for the acknowledgment of order and patterns, , knows object names, is reality based, and forms practical strategies.

“Between the psychic and the noetic,” Blavatsky wrote …

between the personality and the individuality, there exists the same abyss as between a ‘Jack the Ripper,’ and a holy Buddha.” 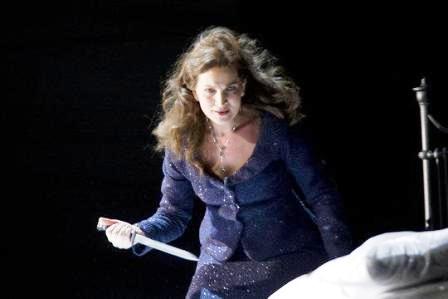 “Unless the physiologist accepts all this, we say, he will ever be led into a quagmire,” she writes. “We intend to prove it.”

“Manas [Sanskrit], or the Thinker, is the reincarnating being, the immortal who carries the results and values of all the different lives lived on earth or elsewhere.

“Its nature becomes dual
as soon as it is attached to a body.”

“For the human brain is a superior organism and Manas [the mind] uses it to reason from premises to conclusions.”

“The lower, and purely intellectual, is nearest to the principle of Desire,” writes Judge, “and is thus distinguished from its other side which has affinity for the spiritual principles above.”

“If the Thinker, then, becomes wholly intellectual, the entire nature begins to tend downward — for intellect alone is cold, heartless, selfish …”

The Three Faces of Eve

The intellect, Judge says, “is the lower aspect of the Thinker or Manas, and not, as some have supposed, the highest and best gift belonging to man.”

“Its other, and in theosophy higher, aspect is the intuitional, which knows, and does not depend on reason.”

“One night the actor, or ‘Ego,’ appears as ‘Macbeth,’ the next as ‘Shylock,’ the third as ‘Romeo,’ the fourth as ‘Hamlet’ or ‘King Lear,’ and so on, until he has run through the whole cycle of incarnations.

“The Ego begins his life-pilgrimage as a sprite, an ‘Ariel,’ or a ‘Puck’— he plays the part of a super, is a soldier, a servant, one of the chorus — rises then to ‘speaking parts,’ plays leading roles, interspersed with insignificant parts — till he finally retires from the stage as ‘Prospero,’ the magician.”

The physical body and brain are new in each life, and can have no memory of the past life of the True Ego.

In Theosophy, one’s True Ego or permanent individuality can be also thought of as one’s ‘character’…

Character is an continuous, collective reminiscence, often unconscious, the fruit of  numberless and varied experiences over many lifetimes.

Character, the “Master Soul,” may have thousands of struggling apprentices over as many lifetimes.

“All is impermanent in man except the pure bright essence of Alaya [Master Soul],” says the Book of the Golden Precepts.

“Man is its crystal ray; a beam of light immaculate within, a form of clay material upon the lower surface.

“That beam is thy life-guide and thy true Self, the Watcher and the silent Thinker, the victim of thy lower Self.”

Buddha’s favorite disciple, Ananda, or Krishna’s Arjuna, were exceptional, in that they were able to assimilate their essence to the Master. Thus they added to the powers of the Master, and by that means strengthen their own immortality. That would be a win-win, if achieved.

9 responses to “The Secret of Spiritual Power”