EVERY year on May 8th, on what they call White Lotus Day, theosophists all over the world celebrate the anniversary of the passing of Helena Petrovna Blavatsky, founder of the Theosophical Society.

A world-famous figure of mystery and controversy, and the leading intellect behind the occult revival in the western world, Blavatsky published The Secret Doctrine in 1888, her magnum opus.

“The time had now come when it was necessary to speak plainly about the real interpretation of the spiritualistic manifestations,” wrote Charles J. Ryan, an early student of Theosophy.

“H. P. Blavatsky had gained the attention of the public by her brilliant intelligence, the charm of her striking personality, and her slashing attacks on materialism and other evils. Her voice would now be listened to and recognized as speaking with authority.”

In her will, HPB suggested that her friends might gather together on the anniversary of her passing (May 8, 1891) and read from poet Sir Edwin Arnold‘s The Light of Asia, and from the ancient Hindu scripture The Bhagavad-Gita.

Lotuses grew in unusual profusion in India on that day. May 8th became known as White Lotus Day ever since.

“That which men call death is but a change of location for the Ego, a mere transformation, a forsaking for a time of the mortal frame,” wrote her friend and colleague William Q. Judge —

“…a short period of rest before one reassumes another human frame in the world of mortals.”

“The Lord of this body is nameless — dwelling in numerous tenements of clay, it appears to come and go. But neither death nor time can claim it, for it is deathless, unchangeable, and pure, beyond Time itself, and not to be measured.”

“I met H. P. B. in 1875 in the city of New York where she was living in Irving Place. There she suggested the formation of the Theosophical Society, lending to its beginning the power of her individuality and giving to its President and those who have stood by it ever since the knowledge of the existence of the Blessed Masters.

“In 1877 she wrote Isis Unveiled in my presence, and helped in the proof reading by the President of the Society.

“This book she declared to me then was intended to aid the cause for the advancement of which the Theosophical Society was founded. Of this I speak with knowledge, for I was present and at her request drew up the contract for its publication between her and her New York publisher. When that document was signed she said to me in the street. ‘Now I must go to India.'”

When asked if Theosophy was some newfangled religion, Mme. Blavatsky replied,”It is not.” One of the main purposes of this Society was “to form a nucleus of the Universal Brotherhood of Humanity, without distinction of race, creed, sex, caste or color.”

She also referred to the ancient esoteric tradition as “Divine Wisdom,” explaining “Theosophy is Divine Knowledge or Science,” and forms the “substratum and basis of all the world-religions and philosophies, taught and practiced since man became a thinking being.”

“In its practical bearing,
Theosophy is purely divine ethics.”

Upon launching Theosophy, Blavatsky and her Teachers chose to publicize its existence by associating temporarily with the popular spiritualism movement of the time. But very soon there was a falling out when Blavatsky openly warned the popular craze was an unhealthy worship of the dead, and held serious mental and psychic consequences for its wide-eyed adherents.

“Theosophy” was the name given to the initial society and movement founded by Madame Blavatsky, Henry Steel Olcott, William Quan Judge, and others in New York City in 1875. Since that time, the movement has spread worldwide and branched off into different groups and organizations.

The driving force was Blavatsky herself and her occult writings, most notably The Secret Doctrine, and the indomitable spiritual will of her hidden Teachers, certain Indian Masters called Mahatmas in Sanskrit.

How She Did It

In his Path magazine article Authorship of The Secret Doctrine, Willliam Q. Judge confirms the occult methods used in the writing of Isis Unveiled, and later of the Secret Doctrine. “No secret was made of it, for those who were with [Blavatsky] saw day after day

“…that she could gaze with ease into the astral light and glean whatever she wanted.”

“But in the early days she did not say precisely to the public that she was in fact helped in that work by the Masters, who gave from time to time certain facts she could not get otherwise,” Judge reveals. “Hence the Secret Doctrine was written, and mostly by the Masters themselves, except that she did the arranging of it.”

Theosophy blossomed like the lotus, and continues to ignite new ways of frontier thinking that humanity might realize its potential for universal brotherhood, harmony, and peace. “There is no Religion Higher than Truth” became its signature mantra. Social historian Theodore Roszak ranked H. P. Blavatsky:

“… among the modern world’s trailblazing psychologists of the visionary mind.”

A product of 14 years’ research and writing, “this book portrays HPB’s supporters and detractors, using newly uncovered materials to present as complete a biography of this enigmatic woman and her wisdom as possible” (Booklist, American Library Association). An important addition to theosophical history.

Also by Sylvia Cranston: Reincarnation: The Phoenix Fire Mystery : An East-West Dialogue on Death and Rebirth from the Worlds of Religion, Science, Psychology, Philosophy (Paperback).

“What I said last year remains true today,” Blavatsky wrote, “that the Ethics of Theosophy are more important than any divulgement of psychic laws and facts.

“The [psychic laws] relate wholly to the material and evanescent part of the septenary man, but the Ethics sink into and take hold of the real man — the reincarnating Ego.

“We are outwardly creatures of but a day — within we are eternal. Learn, then, well the doctrines of Karma and Reincarnation, and teach, practice, promulgate that system of life and thought which alone can save the coming races.”

“The Secret Doctrine, Helena Petrovna Blavatsky’s masterwork on the origin and evolution of the universe and humanity itself

is arguably the most famous, and perhaps the most influential, occult book ever written.” 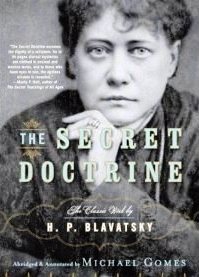 “There has long been a need for an overview on the influence of esoteric movements in America. Catherine L. Albanese’s 2007 A Republic of Mind and Spirit: A Cultural History of American Metaphysical Religion while exemplary in many ways is simply too detailed at 628 pages for anyone other than the specialist.

“In her approach occult, esoteric, and gnostic beliefs are subsumed under the larger rubric of metaphysical, and while acknowledging them with a passing reference they play no dominant part in the narrative.

“Starting with the Shakers it quickly moves through the American reception of mesmerism, the development of spiritualism, the growth of Theosophy and New Thought.”

“Along the way he deals with charismatic figures like Andrew Jackson Davis (whom Olcott and Blavatsky knew), Edgar Cayce, and Manly Palmer Hall.

“His treatment of Theosophy is depicted through Olcott’s contribution, usually neglected, during its formative period, and since the focus is on America, leaves off after the departure for India.”

“The portrayal of Blavatsky is neutral, though more sympathetic than works of this kind. The index contains 16 references to her. What Horowitz manages to do, and successfully so, is to show the contribution to the inner life of America by these often disparate figures who were united in their vision of a world made better by better people.”

The Time is Now

Frontier thinkers in science, religion, psychology and consciousness were welcomed and frequently promoted by H. P. Blavatsky in her books and articles. The same point of view inspires the editorship of Theosophy Watch.

Ideas relevant to Mme. Blavatsky’s original Theosophy and its declared objects was exemplified in a phrase coined by her —”Ancient Thought in Modern Dress,” the adopted subtitle of this blog. 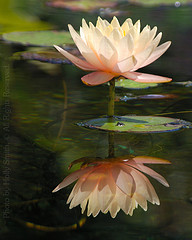 “WE are outwardly creatures of but a day — within we are eternal. Learn, then, well the doctrines of Karma and Reincarnation, and teach, practice, promulgate that system of life and thought which alone can save the coming races.”