ALL of what we call ‘reality’ may actually be subjective, that is beholden to our powers of perception, according to Theosophy.

If, as in the words of the dying Buddha, “all compounds are perishable” then all collections of atoms are to be considered ‘illusions.’

They are, according to The Secret Doctrine (1:329), because they are the “creation of the perceiving Ego.” But this must not be considered a solipsistic argument. If we only knew how to get past our five senses we could contact the underlying ‘reality’ of physical things.

The term “Ego” here must ultimately refer to a personal state, and as such must always relate to specific ‘states’ of consciousness.  But this is only from our plane of perception. According to The Secret Doctrine (1:330), once we have gotten past that plane, and scaled the “peak of Omniscience,” the “knowledge of things-in-themselves” is immediately available to us.

The Illusion of Motion

One of the best ways to describe what Theosophy is, arts reporter Ali Snow remarked on a Utah Public Radio show, “is to think of it as a kind of fusion of religion and science.”

“A desire to prove or to explore some of the mystical forces that made religion work and make the spiritual world work.”

A striking example of this kind of fusion is H. P. Blavatsky’s description how “the sense of sound is the first thing that manifests itself in the universe … in  correspondence with colors or sight.”

“If you could only see clairvoyantly a person playing a piano, you would see the sound as plainly as you hear it.”

“You can even put cotton in your ears—you will see the sound and every little note and modulation that you could not do otherwise.”

“There is no nonsense, I say it seriously, and you will find it so if you want to know about the super-physical senses.”

Alexander Scriabin, a Russian pianist and composer who was deeply influenced by Theosophy, visualized a grand magnum opus which he titled “Mysterium.” Click the link here to listen to Nora Eccles, Harrison Museum of Art as the three curators describe the exhibit, Painting Music: Enchanted Modernities, who gives us a personalized tour of the Theosophy promoted  power (click below the photo):

This interesting phenomenon is demonstrated practically by the multiple senses of a unique synesthete from Zurich, Switzerland named Elizabeth Sulser. A psi investigator writes:

“Her particular combination of senses is so unique that she is the only person in the world documented to have it.”

END_OF_DOCUMENT_TOKEN_TO_BE_REPLACED

Our Kabalistic Mother, the Astral Virgin

THE most compelling, principal teaching of Theosophy is the Astral Light, an all-pervasive invisible force field — a space-filling energy matrix.

This vital invisible substance serves as a universal matrix for the patterns of everything in our physical world.

In its moral aspect, this force is a giant reflector of all the thoughts, feelings and actions of every person, and that of humanity as a whole.

It is on the basis of these stored images and influences (Sanskrit “skandhas”), that karma is calculated by the Great Law and justly meted out from age to age, life to life, individually and collectively.

Applied to Nature, the form of an oak tree, for example, is patterned after a universal oak tree likeness archived in the astral matrix as a universal prototype. This astral sea of images may be what Biologist Rupert Sheldrake calls the “morphogenetic field.”

In Theosophy this matrix is shown to be the missing link of science in every field.

“The whole issue of the quarrel between the profane and the esoteric sciences,” Mme. Blavatsky insists in The Secret Doctrine (2:149), “depends upon the belief in, and demonstration of, the existence of an astral body within the physical, the former independent of the latter.” 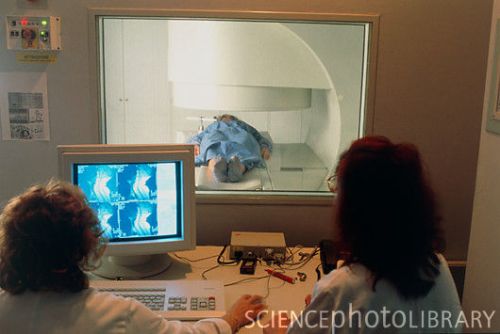 She also supplied a practical application in her article 1888 noting: “The astral life of the earth is young and strong between Christmas and Easter. Those who form their wishes now will have added strength to fulfill them consistently.

“The reason this would be true is that the active image-field or astral matrix is the mystical progeny of the omnipresent, spiritual and dynamic substratum of the entire universe. It impacts everything, not missing a single atom.

The major effect of such a major, universal substratus, as psi researcher Dean Radin notes in his book Entangled Minds, is that

“we occasionally have numinous feelings of connectedness with loved ones at a distance.”

“The idea of the universe as an interconnected whole is not new,” he says, “for millennia it’s been one of the core assumptions of Eastern philosophies. What is new is that Western science is slowly beginning to realize that some elements of that ancient lore might be correct.”

The spiritual substance supporting universal inter-connectivity is called Ākāśa in Sanskrit, a word meaning “aether” (in both its elemental and metaphysical sense.) The Ākāśa, with its alter-ego the Astral Light, are the substance of ‘out-of-body’ experiences, and underlie the entire spectrum from the spiritual to mundane psychic experiences (PSI).

The Astral Light is the primeval storehouse and reflector of all the thoughts, ideas, feelings and acts uploaded from the Earthly doings of self-conscious humanity.

The scientific experiments of the Global Consciousnesses Project have demonstrated that the simultaneous force of many minds focused on one event, produce measurable effects in scientific instruments—facilitated by, Theosophists believe, by this same ubiquitous, universal mediating astral substance.

END_OF_DOCUMENT_TOKEN_TO_BE_REPLACED

The Freedom and Happiness of Buddha Consciousness

FACED with misery and death, journalist-editor Norman Cousins famously laughed his way out of the hospital, and healed himself of a life-threatening illness.

His groundbreaking book Anatomy of an Illness, about the the healing effects of laughter and positive emotions, jump-started an era of mind-body medicine that continues today.

That was more than 30 years ago. But Gautama Buddha had preached the same power of healing and happiness through positive thinking over 2,500 years earlier.

Thousands of candles can be lighted from a single candle, Buddha is quoted as teaching, but the flame will not be diminished. The world’s greatest spiritual coach enthusiastically assured his followers:

“Happiness never decreases
by being shared.”

Western cognitive sciences are only just beginning to understand the subtle yet overarching power of the psycho-physiological power of thought, of intention and feeling, the importance of it being understood and taught by all ancient sages down the ages. 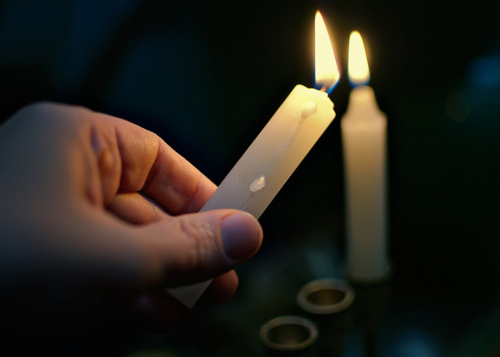 “Respect life as those do who desire it,” declares the ancient spiritual psychology of Light on the Path, challenging the student to remain unselfish, and yet to

“…be happy as those are
who live for happiness.”