Dogs Know When their Owners are Coming Home

Posted on August 8, 2016 by Theosophy Watch | Leave a comment 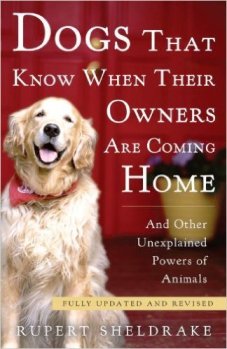 WHAT keeps the really good men going, in spite of opposition or obstacles that many people wouldn’t even think of trying to overcome?

Hope of ultimate success doubtless plays a part in the resolve of social or political reformers, but even many of these have been willing to work toward goals which they were sure could not be reached until years, perhaps generations, after their death.

They wore out their lives contending against bastions of blind habit and stubborn custom. Others, like Socrates, began still more difficult undertakings. Expressions like “the search for truth” too easily hide the fact that the reconstruction of what we call “human nature” was Socrates’ objective.  (Excerpt from Manas, “The Strength of the Good“)

For example there are countless documented cases of outside-the-body consciousness that lead one to question the boundaries of conventional scientific thought. Yet material science neither investigates nor acknowledges such experiences even took place. Maybe the place to begin then are with the close bonds we have with the kingdoms of nature. 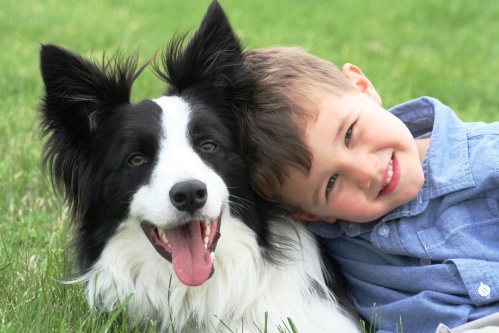 In The Secret Doctrine, H. P. Blavatsky addressed these soul-less positions of science insisting that the whole Universe with all its beings  is conscious and that all its kingdoms are endowed with a consciousness of their own kind and on their own plane of perception.

“We men must remember,” she defiantly wrote, “that because we do not perceive any signs — which we can recognize — of consciousness, say, in stones, we have no right to say that no consciousness exists there” (The Third Fundamental Proposition of The Secret Doctrine). 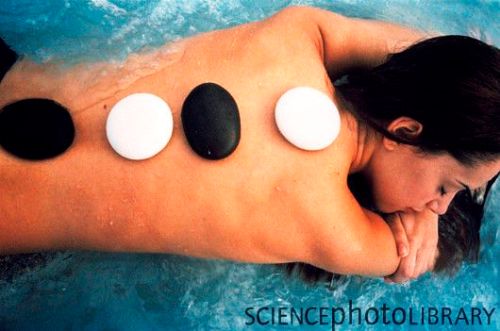 “There is no such thing as either ‘dead’ or ‘blind’ matter — these find no place among the conceptions of Occult philosophy,” Blavatsky insisted. “The latter never stops at surface appearances, and for it the noumenal essences have more reality than their objective counterparts.”

This intelligence implicate in nature has now been documented experimentally by the enlightened British biologist Rupert Sheldrake.

“Many people who have owned a pet will swear that their dog or cat or other animal has exhibited some kind of behavior they just can’t explain,” according to Sheldrake, (Dogs That Know When Their Owners Are Coming Home.)

“With a scientist’s mind and an animal lover’s compassion, Sheldrake compellingly demonstrates that we and our pets are social animals linked together by invisible bonds connecting animals to each other, to their owners, and to their homes in powerful ways.” (Excerpts from The Book)

“How does a dog know when its owner is returning home at an unexpected time? How do cats know when it is time to go to the vet, even before the cat carrier comes out?,” Sheldrake asks. And, “How do horses find their way back to the stable over completely unfamiliar terrain? And how can some pets predict that their owners are about to have an epileptic fit?” 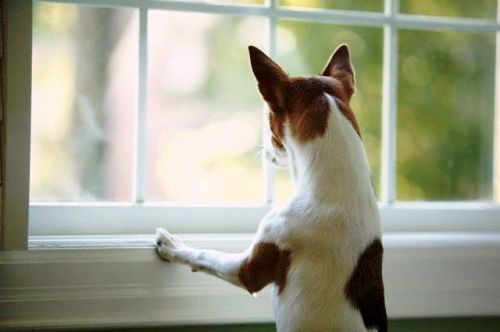 Those who are of a certain age remember the popular book, movie and TV series based on Eric Knight’s “Lassie Come Home,” about a dog who miraculously found her way back home from Scotland to England.

Lassie set off for a long trek to her Yorkshire home. She faces many perils along the way, dog catchers and a violent storm, but also meets kind people who offer her aid and comfort. 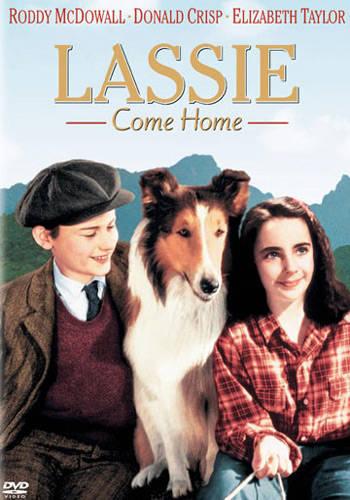 At the end, when the hero they had given up hope of ever seeing his dog again, the weary Lassie returns to her favorite resting place in the schoolyard at home. There, Lassie is joyfully reunited with the boy she loves.

In early 2010, a German Shepherd called Buddy was hailed a hero for guiding an Alaskan State Trooper through winding and remote back roads to a fire at his owner’s workshop. Alaskan State Trooper, Terrence Shanigan, was led to the incident by Buddy after his GPS failed.

The incident was recorded on Terrence’s patrol car dashboard camera, which shows exactly how Buddy managed to help.

The Secret Doctrine might help explain it (1, 604): “From Gods to men, from Worlds to atoms, from a star to a rush-light, from the Sun to the vital heat of the meanest organic being — the world of Form and Existence is an immense chain, whose links are all connected.”

“Man is not a thing” the psychoanalyst Eric Fromm famously said in a book by that title — and neither are animals according to Theosophy. He maintained, with Theosophy, that “life in its biological aspects

is a miracle and a secret, and man in his human aspects is an unfathomable secret.”

“Psychology can show us what man is not,” Fromm asserted. “It cannot tell us what man, each one of us, is. The soul of man the unique core of each individual, can never be grasped and described adequately.” (Manas: The Strength of the Good – Review, From Doctor to Teacher) 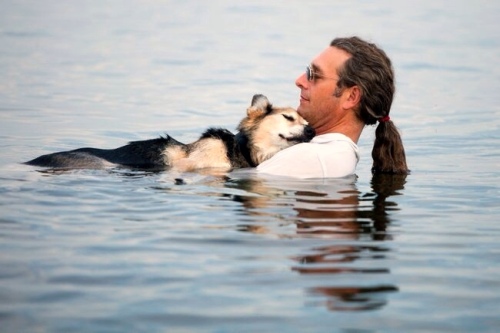 Many intriguing questions about animal behavior convinced world-renowned biologist Rupert Sheldrake “that the very animals who are closest to us have much to teach us about biology, nature, and consciousness.”

With a scientist’s mind and an animal lover’s compassion more than equal to the task, Sheldrake compellingly demonstrates that we and our pets are social animals linked together by invisible bonds connecting animals to each other, to their owners, and to their homes in powerful ways. Animals, like humans with inalienable rights, are conscious souls who must morally not be wantonly killed or abused, or their rights ignored.

Sheldrake’s provocative ideas about social, and “morphic, fields,” (Theosophy calls “astral light”),  explains “the uncanny behavior often observed in pets and help provide an explanation for amazing animal behavior in the wild, such as migration and homing.”

The topics discussed in Sheldrake’s book are considered taboo by some members of the scientific world. “The very ideas of telepathy, an unexplained sense of direction, premonitions, or precognition arouse skepticism, if not hostility, among some scientists and philosophers.”

In this lecture at Schumacher College, (edited by Theosophy Watch to show only the first 16 minutes), Rupert Sheldrake shows how:

“The scientific worldview is moribund; the sciences are being constricted by assumptions that have hardened into dogmas.”

“But science itself is now transcending the materialist philosophy, and pointing toward a new sense of a living world. The cosmos is no longer like a machine running down; it is more like a developing organism with an inherent memory, and so is our planet, Gaia. These new paradigm shifts in the sciences shed a new light on spiritual practices like pilgrimage, ritual, prayer and meditation.”

The Effect of Materialism

“My research has led me into a series of intense controversies. People with no experience of professional science may imagine that it is all about the open minded exploration of the unknown, but this is rarely the case. Science works within frameworks of belief or models of reality. Whatever does not fit in is denied or ignored; it is anomalous. The historian of science Thomas Kuhn called these thought-patterns paradigms.

“During periods of what he called normal science, scientists work within the paradigm and ignore or deny anomalies. 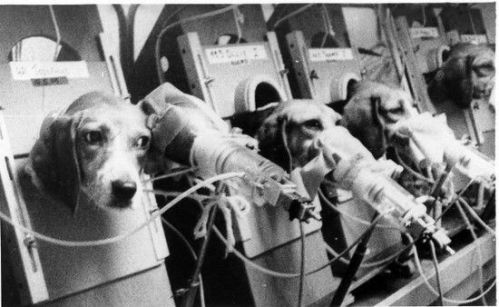 “In scientific revolutions orthodox paradigms are challenged and replaced with new, larger models of reality that can incorporate previously rejected anomalies. In due course these new thought patterns become standard orthodoxies. This includes ignoring animals rights in hateful, draconian experiments.

“The paradigm that has dominated institutional science since the nineteenth century is materialism: Matter is the only reality. Mind or consciousness exists only insofar as it arises from material processes in brains. Animals and people are nothing but complex machines, explicable in terms of the ordinary laws of physics and chemistry. Minds are inside brains and cannot have mysterious effects at a distance.”

The ORF Experiment Research by Rupert Sheldrake and Pam Smart A Film by the Science Unit of ORF, Vienna. Appendix from the second edition of Rupert Sheldrake’s Dogs That Know When Their Owners Are Coming Home Three Rivers Press/Random House, New York, 2011 (Notes and references in the book itself).

Rupert Sheldrake, a biologist and author, is best known for his hypothesis of morphic fields and morphic resonance, which leads to a vision of a living, developing universe with its own inherent memory. He worked in developmental biology at Cambridge University, where he was a Fellow of Clare College. He was then Principal Plant Physiologist at the International Crops Research Institute for the Semi-Arid Tropics (ICRISAT), in Hyderabad, India. From 2005 to 2010 he was Director of the Perrott-Warrick project, funded from Trinity College, Cambridge. Appendix CONTROVERSIES AND INQUIRIES. 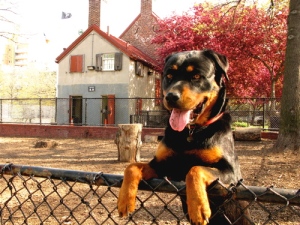