Modern Science and Our Moral Sense

PRACTICAL Theosophy is not one Science, but embraces every science in life, moral and physical.

It is clear that modern science “believes not in the ‘soul of things,” H. P. Blavatsky wrote.  Yet, Science will be driven out of their materialist positions.

“Not by spiritual, theosophical, or any other physical or even mental phenomena, but simply by the enormous gaps and chasms that open daily — and will still be opening before them.”

“One discovery follows the other,” she noted, “until they are finally knocked off their feet by the ninth wave of simple common sense.

“If science is too ahead of its time, it must bide its time until the minds of men are ripe for its reception. Every science, every creed has had its martyrs.”

“Three decades ago, few scientists were courageous enough to break ranks and question their own belief system,” Deepak Chopra writes. “Even calling science a belief system sounded outrageous – religion is a matter of belief, science a matter of facts.”

“Many scientists are unaware that materialism is an assumption,” writes controversial biologist Rupert Sheldrake — one of the world’s most innovative biologists and writers, who is best known for his theory of morphic fields and morphic resonance —”they simply think of it as science, or the scientific view of reality, or the scientific worldview.

“They are not actually taught about it, or given a chance to discuss it. They absorb it by a kind of intellectual osmosis.”

“Altruism is an integral part of self-development,” H.P. Blavatsky wrote. “This is the keynote of Theosophy and the cure for all ills — this it is which the real Founders of the Theosophical Society promote as its first object – UNIVERSAL BROTHERHOOD.” [Practical Theosophy]

“Our moral sense is deeply tied to our worldview, and specifically what we think we are.”

“According to the ordinary course of affairs,” Blavatsky wrote (The Secret Doctrine 1:147), “a few generations pass away, and then there comes a period when these very truths are looked upon as commonplace facts. And a little later there comes another period in which

they are declared to be necessary, and even the dullest intellect wonders how they could ever have been denied.”

“Based on the thousands of comments generated by TED’s action, I think it is clear that the majority of TED fans were very upset with TED,” said IONS Chief Scientist Dean Radin, “and contrary to TED’s complaint that these people were legions of woo-woo fans, many of the commenters explicitly said that they were quite skeptical of this line of research.”

“Their primary concern was about TED’s act of censorship,” Radin wrote, “because the scientific process requires open dialog, otherwise it isn’t science any more.”

RUPERT SHELDRAKE, Ph.D. (born 28 June 1942) is a biologist and author of more than 80 scientific papers and ten books. A former Research Fellow of the Royal Society, he studied natural sciences at Cambridge University, where he was a Scholar of Clare College, took a double first class honours degree and was awarded the University Botany Prize. He then studied philosophy and history of science at Harvard University, where he was a Frank Knox Fellow, before returning to Cambridge, where he took a Ph.D. in biochemistry.

He was a Fellow of Clare College, Cambridge, where he was Director of Studies in biochemistry and cell biology. As the Rosenheim Research Fellow of the Royal Society, he carried out research on the development of plants and the ageing of cells in the Department of Biochemistry at Cambridge University.

“Where the conclusions of modern Science are grounded on ‘unassailable facts’ there can be no possible conflict between the teachings of occult and so-called exact Science.”

“The whole issue of the quarrel between the profane and the esoteric sciences depends upon the belief in, and demonstration of, the existence of an astral body within the physical, the former independent of the latter.”

The Soul of Things

In her article Is Theosophy a Religion? H. P. Blavatsky wrote that “Practical Theosophy is not one Science, but embraces every science in life, moral and physical.” And in The Secret Doctrine (1:269) she famously wrote:

“it is clear that modern science believes not
in the ‘soul of things.”

“Science will be driven out of their position, not by spiritual, theosophical, or any other physical or even mental phenomena,” she insisted, “but simply by the enormous gaps and chasms that open daily — and will still be opening before them.” 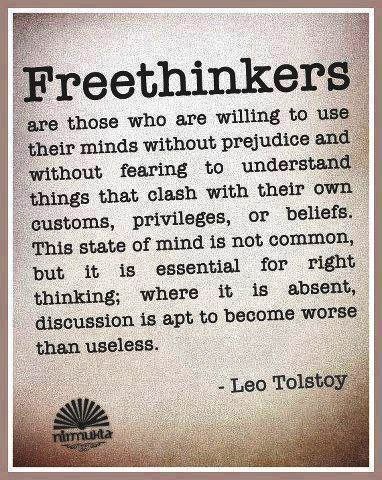 “It is only when the enthusiasts of Science over-steps the limits of observation nature forcibly removing Spirit from the universe, and attribute all to blind matter,” Blavatsky delcared,

“that the Occultists claim the right to dispute and call in question their theories.”

“Science can, it is true, collect, classify, and generalize upon phenomena,” she wrote, but it “cannot, owing to the very nature of things, unveil the mystery of the universe around us.”