A Happy and Healthy New Year: Recognizing the World as a Living System 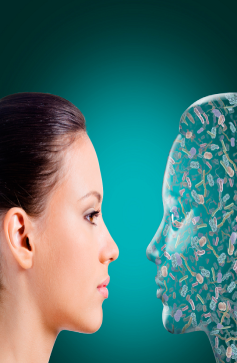 HUMANS may be beginning to accept the idea of the interconnect of all life as being the keynote to saving themselves and the planet.

Climate change is only one of numerous examples of views heralding a new global awareness.

Setting the stage for such a worldview revolution, in his own time, was the theosophical pioneer William Q. Judge. In a public address given at given Mr. Judge at the Parliament of Religions, Chicago, 1893 Universal Brotherhood a Fact in Nature he declared:

“We insist that universal brotherhood is a fact in nature. It is a fact for the lowest part of nature; for the animal kingdom, for the vegetable kingdom, and the mineral kingdom.

“We are all atoms, obeying the law together. Our denying it does not disprove it. It simply puts off the day of reward and keeps us miserable, poor, and selfish.”

It is known that even giant galaxies form groups, from a few to dozen up to large clusters composed of several thousand spiraled denizens in deep space. These vast star systems are called “Local Groups,” and all the galaxies they hold, like cells, are in mutual attraction and interaction with each other. All life, great and small, is interconnected with a common mission in the vastness of outer and inner space.

A Sea of Galaxies

On a more modest scale our solar system, the home of our Earth the other planets, calls the Milky Way Galaxy its home. Correspondingly, just as the Earth is home to us humans, so our human bodies are habitats and landscapes to trillions of living cells and microbes.

H. P. Blavatsky affirms (Kosmic Mind): “the whole body of man [is] composed of cells, and these cells are now being recognised as individual organisms and – quien sabe – will come perhaps to be recognized some day as an independent race of thinkers inhabiting the globe, called man! It really looks like it.”