Our Astral Sight, Piercing the Reality of Illusion

ALL of what we call ‘reality’ may actually be subjective, and beholden to our powers of perception, according to Theosophy.

“Every one of us possesses the faculty, the interior sense, that is known by the name of intuition,” H. P. Blavatsky wrote (The Beacon-Light of the Unknown), “but how rare are those who know how to develop it!

“It is, however, only by the aid of this faculty that men can ever see things in their true colours.”

“It is an instinct of the soul, which grows in us in proportion to the employment we give it, and which helps us to perceive and understand the realities of things with far more certainty than can the simple use of our senses and exercise of our reason.”

“What are called good sense and logic enable us to see only the appearances of things, that which is evident to every one.

“The instinct of which I speak, being a projection of our perceptive consciousness, a projection which acts from the subjective to the objective, and not vice versa, awakens in us spiritual senses and power to act; these senses assimilate to themselves the essence of the object or of the action under examination, and represent it to us as it really is, not as it appears to our physical senses and to our cold reason.”

(The Beacon-Light of the Unknown)

Disappearing into the illusion.

The Hindu poem, a dialogue between the Master Krishna and his disciple Arjuna, the Bhagavad-Gita, is set metaphorically on a ‘battlefield.’ This venue symbolizes “the war within,” which each of us continually face, and must eventually wage. (Blavatsky Theosophy)

In Chapter 11, Krishna challenges Arjuna to exercise his spiritual sight in a specially induced vision of “the Divine Form as including all forms.” To enforce the lesson, and in answer to Arjuna’s request, Krishna temporarily awakens his “Divine Eye.” The rest is history!

The Bhagavad-Gita, Chapter 11,
The Vision of the Divine Form as Including All Forms

Krishna and Arjuna on the battlefield.

“Gautama, the Buddha, only remained in solitude long enough to enable him to arrive at the truth, which he devoted himself from that time on to promulgate, begging his bread, and living for humanity.”

If, in the words of the dying Buddha, ‘all compounds are perishable,’ then all collections of atoms must be considered but temporary ‘illusions.’

They are such, according to The Secret Doctrine (1:329), because they are the very personal creations “of the perceiving Ego.” But this must not be considered a solipsistic argument. If we only knew how to get past our five senses we might very well contact the underlying ‘reality’ of physical things.

The term “Ego” here must ultimately refer to a personal state, and as such must always relate to specific ‘states’ of consciousness.  But this is only from our plane of perception. According to The Secret Doctrine (1:330), once we have gotten past that plane, and scaled the “peak of Omniscience,” the “knowledge of things-in-themselves” is immediately available to us. 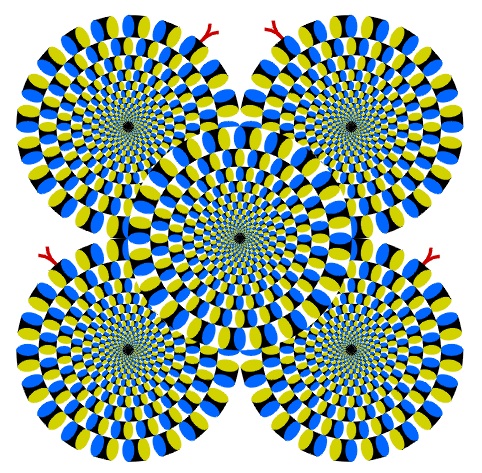 The appearance of Motion, real or illusion?

One of the best ways to describe what Theosophy is, arts reporter Ali Snow remarked on a Utah Public Radio show, “is to think of it as a kind of fusion of religion and science.”

“A desire to prove or to explore some of the mystical forces that made religion work and make the spiritual world work.”

A striking example of this kind of fusion is H. P. Blavatsky’s description how “the sense of sound is the first thing that manifests itself in the universe … in  correspondence with colors or sight.”

“If you could only see clairvoyantly a person playing a piano, you would see the sound as plainly as you hear it.”

“You can even put cotton in your ears—you will see the sound and every little note and modulation that you could not do otherwise.”

“There is no nonsense, I say it seriously, and you will find it so if you want to know about the super-physical senses.”

Alexander Scriabin, a Russian pianist and composer who was deeply influenced by Theosophy, visualized a grand magnum opus which he titled “Mysterium.”

Click the link here or the link below to listen to Nora Eccles, Harrison Museum of Art as three curators describe the exhibit, Painting Music: Enchanted Modernities, and who gives us a personalized tour of the Theosophy promoted power (click below the photo): 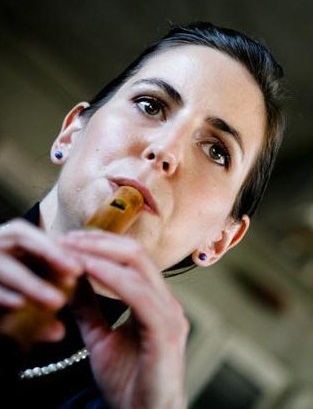 This interesting phenomenon is demonstrated practically by the multiple senses of a unique synesthete from Zurich, Switzerland named Elizabeth Sulser. A psi investigator writes:

“Her particular combination of senses is so unique that she is the only person in the world documented to have it.”