Thoughts are Things: Placebo vs Nocebo

THE uplifting adage “attitude is altitude” aptly pinpoints how the power of positive thought and intention affects every aspect of our lives.

“For decades, scientists have tried to test the power of prayer and positive thinking, with mixed results,” writes NPR National Desk religion correspondent Barbara Bradley Hagerty about a study on the science of spirituality.

“Now some scientists,” she writes, “are fording new, and controversial territory.” In an area of esoteric inquiry which is sometimes called Mental Alchemy and/or Metaphysics, a lot of thinkers over the ages have stated the idea in various ways.

The conviction that the thoughts one thinks are the great determiners of the content of one’s life, inspires  many to forge on despite difficult life circumstances.

Ancient wisdom traditions maintain that thoughts are actual things, and that one’s thoughts are the result of an unalterable universal law called “Cause and Effect,” and will manifest themselves at some point in one’s life. 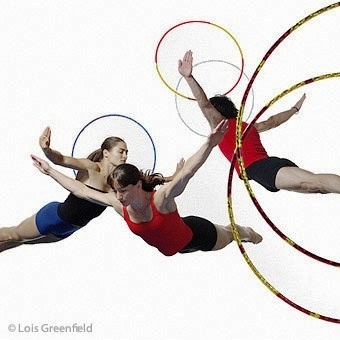 “Remembering thoughts are things — have tenacity, coherence, and life, — that they are real entities — the rest will become plain.”

The law of Cause and Effect can also be described as a law that says, “For every action, there is a reaction.”  Since thoughts are actual things, and since thoughts are also actions, it means that the thoughts will invariably cause a reaction that will result in the manifestation of those thoughts. 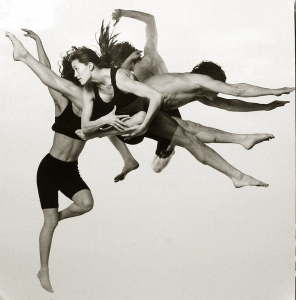 “No act is performed without a thought at its root either at the time of performance or as leading to it. These thoughts are lodged in that part of man which we have called Manas — the mind — and there remain as subtle but powerful links with magnetic threads that enmesh the solar system.”

“Sow a Thought, Reap an Act;
Sow an Act, Reap a Habit;
Sow a Habit, Reap a Character;
Sow a Character, Reap a Destiny.”

In medicine there is a little understood power call the “placebo effect” that refers to health benefits produced by a treatment that should have no effect, (i.e. a sugar pill instead of a medication.)

“… they presume the worst, health-wise,” Reid says, “and that’s just what they get.”

The “nocebo effect” [Latin for “I will harm”], placebo’s evil twin, is hard at work undoing our health and well-being, without our conscious knowledge. 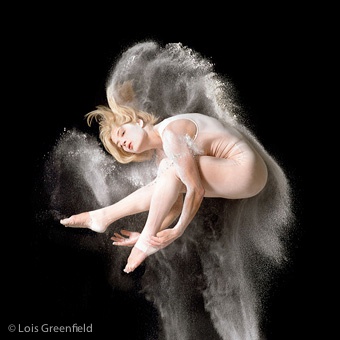 It is our Herculean karma, wisdom teachers say, to “master all the mental changes” in ourselves inherited from past lifetimes. This task is described by The Voice of the Silence [Fragment III], that we must “slay the army of the thought sensations that, subtle and insidious, creep unasked within the Soul’s bright shrine.”

Our subconscious thoughts and images are the main drivers holding the steering wheel of the car, explains frontier biologist Bruce Lipton. This is the piece left out and it explains why visualizations and the power of “positive thinking”often end up disappointing us.

“But convincing doctors that their patients’ problems may be more than biochemical is no simple trick,” writes Brian Reid. “The nocebo effect is difficult to study, and medical training leads doctors to seek a bodily cause for physical ills.”

“Nocebos often cause a physical effect, but it’s not a physically produced effect,” said Irving Kirsch, a psychologist at the University of Connecticut in Storrs who studies the ways that expectations influence what people experience. “What’s the cause? In many cases it’s an unanswered question.”

The positive or negative effect of thought on our well-being, is the classical karmic insight found in the teachings of all wisdom teachers down the ages. 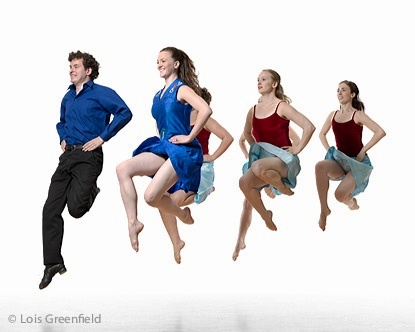 If a man speaks or acts with a pure thought happiness pursue him like his own shadow that never leaves him.

Take the power of thought and attitude to the extreme, and imagine being born without arms or legs, as Nick Vujicic was. Nick has no ability to dance, walk, run, or even stand on two feet. “What would you do? How would that effect your everyday life?” Nick asks in his website Attitude is Altitude.

A unique young man Nick Vujicic has an urgent message.  “His humorous antics, honest approach, and heart-warming affirmations are helping to bring hope to millions of youth, children and adults in Australia and around the globe.  You will be moved and motivated to live life to the full, and never give up!”

The Chinese sage Lao-tzu’s simple but powerful “Tao Te Ching” had a profound influence on Eckhardt Tolle, who then shepherded the ancient healing philosophy into mainstream awareness in his book “The Power of Now,” and in his subsequent writings and lectures.

“The Master sees things as they are,
without trying to control them.
She lets them go their own way,
and resides at the center of the circle.”

(by Lao-tzu, from a translation by S. Mitchell)

“If you think you have an incurable disease,” explains The Living Matrix movie, “you are right. If you think your problem is curable, then you are also right.” The placebo effect “is really another way of talking about the body’s self-healing capacity,” says Rupert Sheldrake, “and anything that unleashes more of that is going to be a better system.”

Your Brain On God?

“New research suggests that spiritual thoughts and prayers have an enormous effect on a person’s ability to heal or stave off disease,” says the NPR Article. “Called “psychoneuroimmunology,” the idea is that thoughts affect your body.” 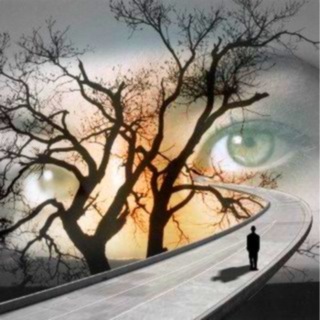 “But now scientists,  including those at the National Institutes of Health,” the report says, “are engaging in research to uncover whether a person’s thoughts can affect another person’s body. Centers around the world are tackling prayer and healing in a revolutionary way.”

In the documentary “The Living Matrix”, the president of the Institute of Noetic Sciences in Petaluma, Calif., Marilyn Schlitz, explains in “The Love Study.” In this experiment, two people who share close personal ties are placed in separate rooms, and one is asked to think intensely about the other person. 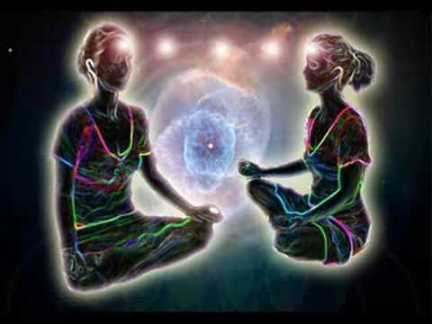 Scientists then watch for physical evidence that one subject’s thoughts might be affecting the other. [A Scene From ‘The Living Matrix,’ Copyright 2009, Emaginate. Credit: Maria Godoy, Brian Cordyack, Erin Killian and Barbara Bradley Hagerty / NPR]

The practical application of Theosophy’s core teaching about the ‘dual mind’  is easily understood in the Persian [Iran] characters of Ormuzd and Ahriman.

“The deadly strife between spirit and matter, between light and goodness and darkness and evil,” began on earth, Blavatsky says in her article Thoughts on Ormuzd and Ahriman, “with the first appearance of contrasts and opposites in vegetable and animal nature.“ 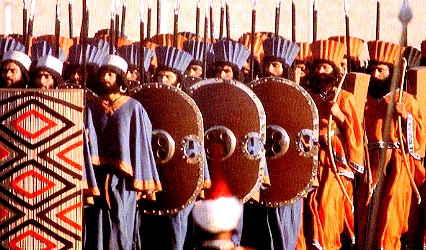 The warfare “continued more fiercely than ever after man had become the selfish and personal being he now is. Nor is there any chance of its coming to an end before falsehood is replaced by truth, selfishness by altruism, and supreme justice reigns in the heart of man. Till then, the noisy battle will rage unabated.”

Blavatsky then approvingly quotes J. Darmesteter, a translator of the Vendidad:

“The world, such as it is now, is twofold, being the work of two hostile beings, Ahura Mazda, the good principle, and Angra Mainyu, the evil principle; all that is good in the world comes from the former, all that is bad in it comes from the latter.” 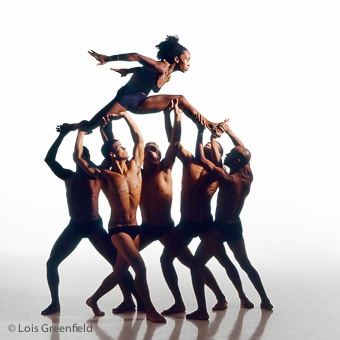 “When the appointed time is come, a son of the lawgiver still unborn, named Saoshyant (Sosiosh) will appear. Angra Mainyu and hell will be destroyed, men will rise from the dead, and everlasting happiness will reign over all the world. “ 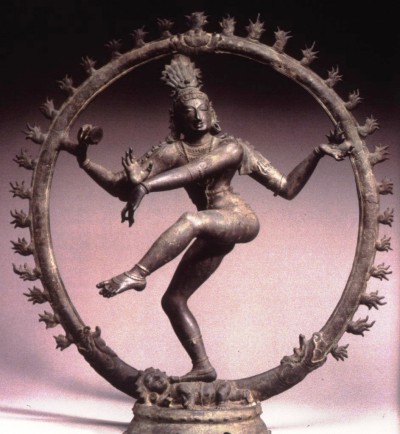 Shiva as Nataraja, the lord of the dance

by H. P. Blavatsky,
The Key to Theosophy, Section 5

“When we speak of the Deity and make it identical, hence coeval, with Nature, the eternal and uncreate nature is meant, and not your aggregate of flitting shadows and finite unrealities. We leave it to the hymn-makers to call the visible sky or heaven, God’s Throne, and our earth of mud His footstool. Our DEITY is neither in a paradise, nor in a particular tree, building, or mountain: it is everywhere, in every atom of the visible as of the invisible Cosmos, in, over, and around every invisible atom and divisible molecule; for IT is the mysterious power of evolution and involution, the omnipresent, omnipotent, and even omniscient creative potentiality.” 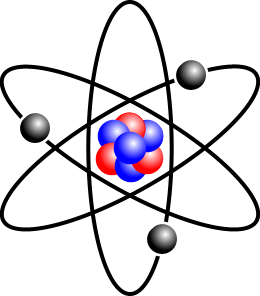 2 responses to “Thoughts are Things: Placebo vs Nocebo”