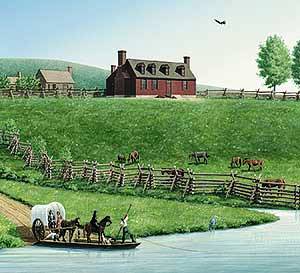 WE would like to introduce a series on the practical necessity and spiritual implications of going “green.” Whether or not you voted for President-elect Obama, there is great anticipation that as our new president, he will change policies and laws to support the environment and sustainable agriculture. Let’s hope so.

But he won’t be the first president to go green. Our first president, George Washington, truly had a vision for agriculture as part of America’s future. In fact, he was really into compost as a basis for a successful farm.

We know from William Quan Judge’s writings, that the Adepts inspired key individuals behind the American Revolution. George Washington was a mason, as were a number of revolutionary luminaries with him. HPB noted that Masonry was the “Theosophy” of its era, “the Theosophists of Ammonias Saccas and the later Neo-Platonists, were all virtually Masons.”

And Judge himself, an April 5, 1896 New York Times article tells us, embodied as one of the signers of the Declaration of Independence.

As the Adepts continue to inspire and guide us, what is Their ideal for a Green Horizon? 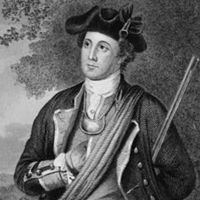 “Our lands…were originally very good; but use, and abuse, have made them quite otherwise.”

President George Washington was one of the most innovative farmers of his era. Instead of wearing out soil and then moving elsewhere to farm, he believed in restoring soil through adding compost, using “green manure,” and rotating crops on his 8,000-acre plantation at Mount Vernon.

Washington kept up with the latest agriculture practices in England and experimented with more than 60 different crops along with various fertilizers, techniques, and tools to increase yields.

Washington prized those who could make good compost; when looking for a new farm manager from England, he wrote to a friend for help stipulating that above all else, the manager had to be

“Midas-like, or who can convert every thing he touches into manure, as the first transmutation towards Gold.”

Washington built an unusual 31- by 12-foot building, probably the first of its kind in America, to compost manure and other materials into fertilizer, and instructed workers to “rake, and scrape up all the trash, of every sort and kind about the houses, and in the holes and corners,” to add to the compost. 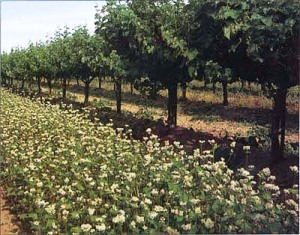 He also experimented adding creek mud, fish heads, marine fossil clay, ashes, and plaster of Paris to nourish soil. Instead of letting fields idle to try to restore the soil–as was the practice of the time, Washington planted depleted fields with clover, peas, buckwheat, and grasses. When he plowed them under, green plants fed essential nutrients to revitalize the soil; thus the name, “green manure.”

Before the mid-1760s, Washington grew tobacco as his main cash crop, but it had so depleted the soil, he stopped and grew wheat and other crops instead. He experimented growing peas and potatoes between rows of corn, and varied the distance between rows to see what worked best. 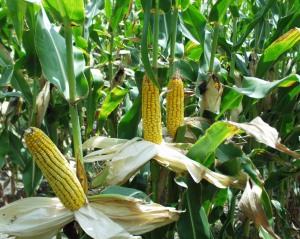 To keep his soil fertile, Washington rotated his crops. He carefully mapped out, for example, what would successively grow in each of his seven fields from 1793 to 1799. He assigned one field for corn and potatoes, one field for buckwheat, two fields for wheat, and three fields for clover or grass.

The next year, the crops would be planted in different fields. Washington wrote to his farm manager:

“My object is to recover the fields from the exhausted state into which they have fallen,” but two ways will enable me to accomplish this. This first is to cover them with as much manure as possible (winter and summer). The 2d a judicious succession of crops.”

While he emphasized self-reliance, Washington reveled in the latest farm tools to increase productivity and yields. In 1791, Washington and Thomas Jefferson traveled to a farm near Philadelphia to see a new threshing machine in action. Jefferson later built his own version of the machine. 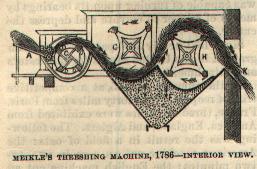 Washington told Jefferson in a letter:

“If you can bring a movable threshing Machine, constructed upon simple principles to perfection, it will be among the most valuable institutions in this Country.”

Washington believed agriculture was the foundation of America’s economy and future:

“I hope some day or another, we shall become a storehouse and granary for the world.”

In his first State of the Union Address in 1790, he said:

“The advancement of agriculture, commerce and manufactures, by all proper means, will not, I trust, need recommendation. But I cannot forbear intimating to you the expediency of giving effectual encouragement as well to the introduction of new and useful inventions from abroad, as to the exertions of skill and genius in producing them at home…” 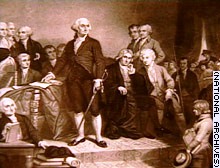 George Washington delivered the State of the Union message aloud.

Washington’s own farming repertoire included a threshing machine, an array of plows, drills to plant seeds, and other tools—some sent by his friend, British agriculturist Arthur Young, who thought Washington was as good a farmer as he was a general.

Just a few days before he died, Washington was absorbed in planning future operations for his farms. His zeal as a farmer was not only to succeed, but also to be the example for other farmers. He wrote:

“Nothing in my opinion would contribute more to the welfare of these States, than the proper management of our lands,” and nothing, in this State particularly, seems to be less understood. The present mode of cropping practiced among us, is destructive to landed property; and must, if persisted in much longer ultimately ruin the holders of it.”