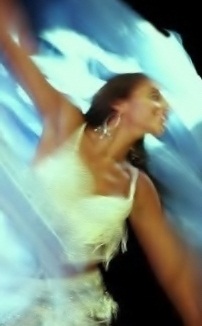 KARMA is a beneficent and merciful law, relentlessly just, for true mercy is not a free lunch but impartial justice.

“My brothers! Each man’s life the outcome of his former living is,” said The Buddha.

Is Karma then only fate under another name, an already fixed formula from which no escape is possible?

They are unwise, the chorus tells Prometheus, who believe that the goddess Nemesis may be propitiated by sacrifices and prayers, or have her wheels diverted from the paths she has taken.

“Those paths are of our own making,” H. P. Blavatsky wrote, “for it is we, collectively or individually, who prepare them — an Occultist or a philosopher will not speak of the goodness or cruelty of Providence.”

“The only immutable decree of Karma,” she insisted, “is absolute Harmony in the world of matter as it is in the world of Spirit. It is not, therefore, Karma that rewards or punishes, but it is we, who reward or punish ourselves according to whether we work with, through and along with nature, abiding by the laws on which that Harmony depends, or break them.”

“Were no man to hurt his brother, two-thirds of the World’s evil would vanish into thin air. Karma-Nemesis would have neither cause to work for, nor weapons to act through. It is the constant presence in our midst of every element of strife and opposition, and

the division of races, nations, tribes, societies and individuals into Cains and Abels, wolves and lambs, that is the chief cause of the ‘ways of Providence.'”

“We cut these numerous windings in our destinies daily with our own hands, while we imagine that we are pursuing a track on the royal high road of respectability and duty, and then complain of those ways being so intricate and so dark.” Given this historical worldview, we need a fresh start. The roots of empathy and compassion must to be fostered in our children if there is to be any hope for the future of humanity.

END_OF_DOCUMENT_TOKEN_TO_BE_REPLACED

NEARLY all of us humans, occult teachers say, are inexorably reincarnated into new lives of earth, yet invisibly clothed in myriads of memories from the past.

These include snippets of our innate ideas, haunting images of unrealized aspirations and desires, and our unresolved fears.

These torn pages of personal history are the underlying drivers that steer our reincarnations. This is Karma, reincarnation’s unerring “twin doctrine.”

This post has been edited and updated, and republished at: